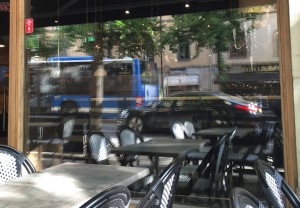 Strong efforts towards improvement of air quality in urban areas as well as modernisation of polluting technologies lead to decreased amount of airborne dangerous particles. Apparently, nowadays the concentration of air pollution is 75% lower than the one from ´70s. Nevertheless, even the lowest levels of chemicals when present in the environment for a longer period of time can create a major health risk. The results from the German Heinz Nixdorf Recall (HNR) study indicated that particles size-characterised as PM10 and PM2.5, are directly linked with occurrence of stroke.

Air is a garbage bin for various chemicals and particulate matters, so it is not surprising that even other pollutants can worsen the health impact, just as for example the soot content of the particulate dust. Soot is affiliated with increased risk for stroke and coronary events. Although the PM2.5 and PM10 problem is adressed by EU the soot is currently not legally regulated. The air content in the urban areas is a waste bin for various pollutants. Therefore, there are possibly many other health effects to be discovered… but now one is clear. Even the low levels of dangerous particles can be health threatening.