The European Environmental Agency rapport presents how the EU countries followed given them guidelines about maximum emission of air pollution. Surprisingly, the tendency of exceeding the limits is increasing and by 2012 number of Member States breaching at least one ceiling was 11, comparing to 10 countries in 2011. Countries such as Austria, Belgium, France, Germany, Ireland, Luxembourg and Spain violated NOx limits in 2010, 2011 and 2012. Denmark and Finland three years in a row emitted more of NH3 than they were allowed to. 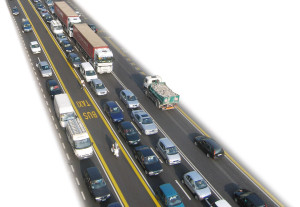 The main reason of why the emission has been of these levels is continuously high road transportation in EU. As reported almost 40% of the total EU emission of NOx is due to road conveyance. Efforts in changing profile towards public transport and more environmental friendly vehicles during last two decades were not sufficient. Nowadays, even more is required from both the public as well as the individuals to minimise the damage.

One way to improve the air quality is changing our own travel habits towards these leaving smaller environmental impact. The path to better and cleaner air in Europe is still ahead, but the effect of pollution on human health is more real and current that we wish to believe. Amount of harmful particles in the atmosphere is very high but it become even more concentrated in the indoor spaces where the house isolation and insufficient ventilation only worsen the problem.

Pure Air Zone® along with spreading of the awareness about air quality problems is also contributing with a unique solution to prevent air-pollution-related diseases. Pure Air Zone® products are creating a stable bubble of clean air where you work, play, rest or sleep thus helping you to minimise the health damage and enhance your wellbeing.