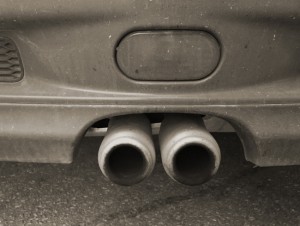 A long-term studies of Umeå inhabitants (north of Sweden) reported in Journal of Environmental Health Perspectives linked high air pollution with incidence of dementia. Researchers from Umeå University and Karolinska Institute have shown that people living in nearby proximity to areas of high traffic exhausts are at great risk of developing Alzheimer´s disease or other dementia diseases as comparing to individuals living in places of good air quality.

Dementia is a neuropathological disease that just as Alzheimer´s diseases is worsening patentis´s social and daily activities. It is predicted that number of people suffering from these conditions will trippel within next 40 years (Hebert et al. 2013). Therefore great effort is made to identify factors behind this epidemic.

One of commonly studied pathways is the environmental impact on human health. Previous studies (see reference list) coming from Germany and USA could show the negative correlation between the air pollution and cognitive functions. There is strong tendency between increased levels of particulate matter (both PM2,5 and PM2,5-10) and dementia diseases occurrence. Interesting, even short exposure to air polluted with car exhausts can lead to changes in brain activitie of risk groups, such as elderly people.