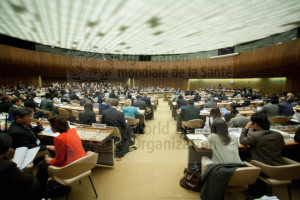 The sixty-eight World Health Assembly on the 26th of May 2015 in Geneva, Switzerland took a major actions towards air quality problems. A common document with decisions addressing health and air pollution issues was prepared by group of delegates from number of countries such as Monaco, Norway, Ukraine, United States of America or Uruguay.

This attempt to outline actions preventing further impact of poor air quality on human health is a result of decades long awareness campaign.

As we previously reported, in 2014 the WHO announced that poor air quality is the biggest leading single cause of disease and death worldwide. In april this year WHO presented that European Region alone paid US$ 1.6 trillion (in 2010) for all costs associated with the poor air quality- related diseases. These reports are yet another reason behind the increased efforts against air pollution.

Announced resolutions state that all Member States are ought to develop new policies and drive strong actions to meet WHO guidelines. They are urged to raise the public awareness and help to reduce the exposure to harmful particles. They need to support research and facilitate healthcare institutions directing theirs work to minimising pollution impact on human health. Finally, they need to address the commitments from 2011 UN high level meeting.

All actions must be initiated and further reported to sixty-ninth WHA (World Health Assembly) meeting next year.